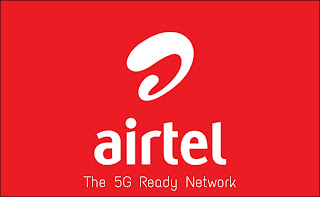 To provide better internet speed to the consumers, telecom companies are testing for 5G in India.

Airtel has started testing its 5G network in Gurgaon’s Cyber Hub area during which, Airtel is giving a maximum speed of 1Gbps. Airtel's trial is operating on the middle band spectrum of 3500MHz, even though earlier the 1800MHz band for 5G was used.

Apart from Gurugram, Airtel has got 3500MHz, 700GHz and 28GHz bands for testing in four Indian telecom circles including Mumbai, Delhi, Bengaluru, and Kolkata.

As per Ookla, India is at 150th Position in the list of mobile Internet speeds worldwide with an average download speed of 12.81Mbps and upload speeds of 4.79Mbps.

Airtel’s current 5G network delivers up to 1Gbps and this is significantly 100 times faster than a 4G network in India right now.

As Airtel 5G is in testing phase and not yet publicly rolled out. So, there is no information available about Airtel 5g Plans right now.

Besides Airtel, Jio had announced that it would launch 5G services in the second half of 2021. Jio is also expected to start its 5G trials soon.