ColorOS 12 unveiled: What to expect from the Android 12 update for OPPO, OnePlus, and Realme phones. 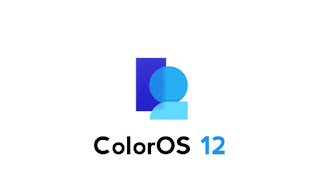 OPPO recently rolled out an Android 12 beta build for its Find X3 Pro after the few time of Google dropped the first Android 12 beta at I/O 2021, but the build did not include its latest ColorOS 12. Few days ago, the new wallpapers from of ColorOS 12 its latest Android skin ahead of the official rollout leak revealed that it is ready to roll out soon for our OPPO, OnePlus and Realme smartphones. OPPO has now unveiled ColorOS 12, giving us a clear idea of what we can expect from the Android 12 update for OPPO, OnePlus, and Realme phones.

OPPO has packed a variety of design changes in ColorOS 12. The company has enhanced the UI based on the variety of Design concept, with redesigned icons, new animations, emoji, and many more. The Android skin now includes new icons that have a consistent shape across the board, unlike the icons in ColorOS 11. The icons having softer colors but retain enough detail and texture to avoid any issues. 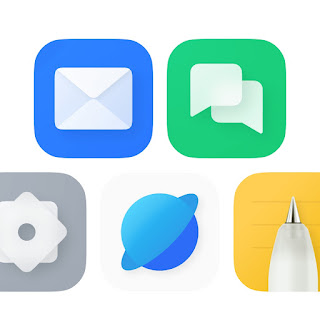 OPPO has also little bit changed the placement of UI elements in ColorOS 12 to manage the information density better. As you can see in the attached images, ColorOS 12 has all of its UI elements well spaced out, leaving a little of white space to help you easily differentiate information.

OPPO has also increased the text contrast and added different color shades which will give users a more comfortable experience in new ColorOS 12.

ColorOS 12 comes with variety of new features, in addition to the features introduced by Google in Android 12. The ColorOS 12 has improved the FlexDrop feature to improve multitasking, and it now allows users to drag an application with a simple gesture and switch between full-screen view, small window, and mini window modes.

ColorOS 12 also brings Smart Sidebar 2.0 which will feature six new tools. These tools can help users quickly play songs from the web in the Music Player app or compare prices of articles on eCommerce sites. OPPO has also introduced a new Cross-Screen Interconnection feature to simplify connectivity between smartphones and PCs. The feature allows users to control their smartphones with their PC, share files between them, and edit documents stored on the phone. Cross-Screen Interconnection is compatible with a majority of Windows 10 laptops from mainstream brands. 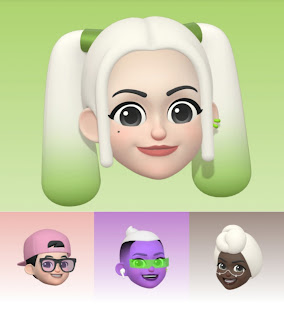 OPPO has made some significant performance improvements to enhance the great experience while using ColorOS 12 on our devices. The Android skin packs OPPO’s Quantum Animation Engine that brings more than 300 improved animations to the software, giving users a smooth and life-like browsing experience. OPPO also claims that these animations imitate “physical habits of resistance, inertia, and rebound” to make the overall experience “more realistic, smoother, and more intuitive.”

To address lags and stutters across the UI, OPPO has included an anti-stutter AI engine in ColorOS 12. OPPO claims that it can “effectively reduce the generation of fragments by processing cold and hot data separately.” OPPO tested this AI engine internally and found the following results:

"In a test conducted at the OPPO tech labs, results reflected that with this technology, after a phone was simulated for 36 months of continuous use, the reduction of the read/write performance was less than 5%, and the overall aging rate was only 2.75%."

The anti-stutter AI engine can also recommend priorities for apps to ensure smooth operation based on user habits.

ColorOS 12 also includes new privacy and security features that was introduced by Google in Android 12. It will now notify users when an app uses the phone’s microphone, camera, or location. Its permissions reminder feature will send out notifications to prevent third-party apps from collecting background data. And it also offers detailed permission management to help users to understand the various permissions and manage them according to their needs.

Furthermore, ColorOS 12 includes an additional secure sharing feature to help users remove personal data from images before sharing. We’ve seen other operators implement a similar feature on their latest Android skins based on Android v12, and it’s great that OPPO is also following suit. This feature will also works while sharing videos.

OPPO has also announced its upgrade plan for ColorOS 12. The OPPO Find X3 Pro Photographer Edition will be the first device to receive the ColorOS 12 update as per the plan. OPPO will also offer a public beta build for the Find X3 series and the OnePlus 9 series in October. 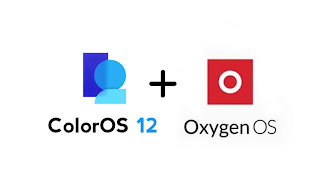 OPPO claims that its ColorOS 12 upgrade plan will cover the wider range of phones and users in its history, reaching more than 150 million users and over 110 different devices. OPPO has also promised to provide three major Android upgrades for its flagship phones.

OPPO hasn’t shared a release timeline for Realme smartphones. We expect Realme to make an announcement soon regarding the upcoming update of ColorOS 12/Realme UI 3 based on Android v12. We have to wait for the official announcement from Realme or OPPO.