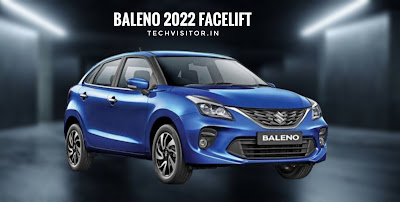 Maruti Suzuki has today launched 2022 Facelift version of Baleno. It has been launched with the first head-up display in the segment, Suzuki Connect and 360 degree camera view. Baleno 2022 has been launched with a starting price of Rs. 6.35 Lakh (ex-showroom). The craze of this car among the customers is such that the company has got 25000 thousand bookings till now. The company claims mileage of 22.9 kmpl in this all new Baleno 2022.

New Features And Changes in Baleno

Maruti Suzuki has done a lot of work on the styling in the facelift model of Baleno. It gets a honeycomb patterned Nexwave front grille, which is wider than before and is touching the headlight. Along with this, clamshell bonnet, re-profiled bumper, new fog light housing etc. have also been provided. Several changes have been made to the interior as well, the most notable being the new steering wheel. 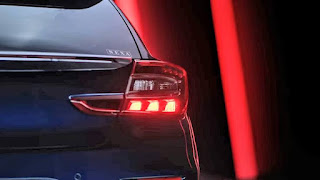 The Baleno 2022 features a heads-up display, 360-view camera and a new 9-inch SmartPlay Pro+ infotainment system. It has also been equipped with features like Suzuki Connect Alexa Voice. 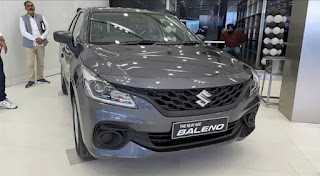 The best-selling car in the premium hatchback segment has remained one of the top 5 selling cars for quite some time. The company said that the prices of the facelift version of Baleno start at Rs 6.35 lakh (ex-showroom). The Baleno facelift has been launched in seven variants Sigma, Delta, Delta AMT, Zeta, Zeta AMT, Alpha and Alpha AMT. The Sigma is the base model while the Alpha AMT is the top variant with an ex-showroom price of Rs 9.49 lakh. In most of these variants, the company has given 6 airbags.