A powerful 7.3 magnitude earthquake hits the coast of Fukushima in northern Japan after which warning of tsunami has been issued in Japan. The Japan Meteorological Agency said the epicenter of the quake was 60 kilometers below sea level. 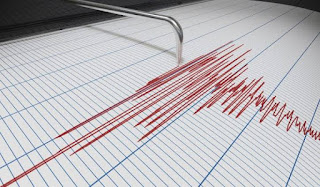 Strong earthquake tremors were felt in Japan on Wednesday. The magnitude of the earthquake was measured at 7.3 on Richter scale, which is extremely high. The earthquake occurred at around 8:06 pm with its epicenter 297 km northwest of Capital Tokyo. A tsunami warning has been issued in Japan after strong aftershocks. Earthquake tremors are often felt in Japan. As of now, there are no immediate reports of casualties or damage. 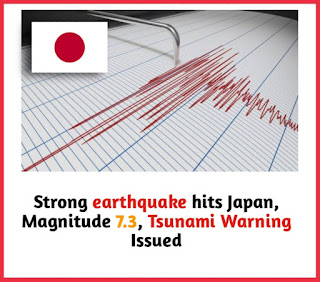 A tsunami warning has been issued for Japan after a powerful 7.3-magnitude earthquake struck off the Fukushima coast in northern Japan on Wednesday evening. The Japan Meteorological Agency said the epicenter of the quake was 60 kilometers below sea level. The region, part of northern Japan, was devastated by a devastating nine-magnitude earthquake and tsunami. Nuclear disaster was also caused due to earthquake. No information has been received about the damage to property due to the earthquake.