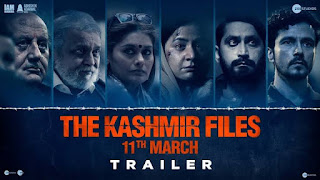 The Kashmir Files is Indian Hindi-language film based on real-life stories that happened in Kashmir in the ’90s. It is about the exodus of Kashmiri Hindus during the Kashmir Insurgency. Krishna Pandit(Darshan Kumar) is a JNU student who is told by his grandfather Pushkar Nath(Anupam Kher) that his parents were killed in an accident. But the truth is something else and is similar to that of so many Hindu pandits who were said to have been massacred. The story is told through Darshan’s eyes and what he goes through after knowing the shocking facts.

The last time Bollywood did the exodus of Kashmiri Pandits from the Valley was in the 2020 'Shikara' produced by Vidhu Vinod Chopra. Vivek Ranjan Agnihotri's 'The Kashmir Files' expands on that narrative and makes it the only lens through which he views it. Right from the start, we know which side the film is sympathetic to; As far as 'The Kashmir Files' is concerned, it was not an 'escape', it was a 'genocide' in which thousands of Kashmiri Hindus were slaughtered, women were raped, children shot. Even today that family lives like refugees. 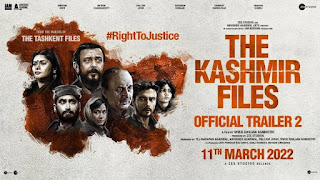 The emotional center of the film is Pushkar Nath Pandit (Anupam Kher), a teacher who is thrown out of his Srinagar home after the brutal murder of his son. Thirty years later, his grandson Krishna (Darshan Kumar) returns to Srinagar carrying Pushkar Nath's ashes, and learns lessons with the help of his grandfather's closest friends (Mithun Chakraborty, Puneet Issar, Atul Srivastava) who torment him. , and wake him up. He has managed to live, however strange it may sound, not knowing the dire circumstances under which his grandfather tried to save him: even your average student of a red-brick university (JNU, by another name) will contain at least one piece of knowledge of the recent history of Kashmir, and how, after Jagmohan, the exodus of Pandits took place, and how they were taken to Jammu to live miserable lives in camps infested with snakes and scorpions.

An ignorant character's tool is useful in a film like this. Krishna has been oblivious to the fears facing his family, as he was a babe-in-arms when they were on the run. Muslim neighbors who point to hiding places are bearded Islamic terrorists with links to dubious universities in Delhi, whose 'Left' professor (Pallavi Joshi) 'brainwash' students who raise 'Azadi' slogans : It's all here. Atul Kulkarni, who plays a paranoid TV journalist, is said to have something interesting to say about how the stone-pelters and slogan-raisers will appear when the international media arrives, and how they will leave the posse city as soon as they leave. Will melt away, gathering for using words like 'fake media'. But this isn't a film interested in specifics: It's a sledgehammer, especially in the way it stages its bloody murders and lynchings that make you cringe and shut your eyes. 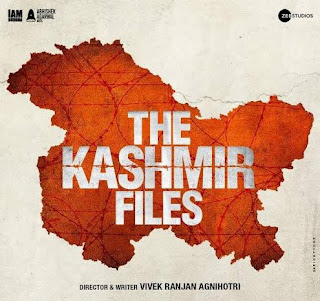 The Kashmir Files continues to be unstoppable at the box office. The film has scored its biggest day on the 2nd Friday  (Day 8) . It is now the second-highest earner of all-time in Bollywood (Day 8), after Baahubali 2: The Conclusion.

Remember, TKF is not alone now as Akshay Kumar’s Bachchhan Paandey has arrived. Despite such a big competitor, the film has shattered previous records of all-time blockbusters like Dangal and PK. 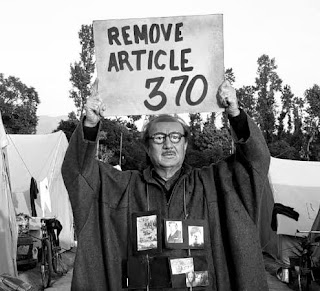